Without a doubt America is in civilizational decline and collapse. The entire Geopolitical World Oder that has prevented World War III for the past seven decades is coming apart at the seams. The origin of almost every global problem lies in the 10/40 Window — terrorism, poverty, disease, and much more. Over 3.4 billion Unreached People in this region know little to nothing about Jesus… 2 billion have never even heard the name of Jesus... 1,700 languages are without any form of the Bible whatsoever…  Most pastors and christian leaders in the 7 Spheres Of Influence in society are only minimally aware of these problems, don’t understand that they personally are called by the Lord to change them, and wouldn’t know where to start even if they did.

Therefore we are launching a new missions movement in this unprecedented season of world history through partnerships with denominations, local church networks, and other international ministries to bring the light of Christ to the darkest and most desperate places of the world. For the first time in human history the completion of the Great Commission can be achieved in our lifetimes if we act before our window of opportunity closes.

Our vision is summarized in our motto, "All Generations, All Nations, Always Faithful." 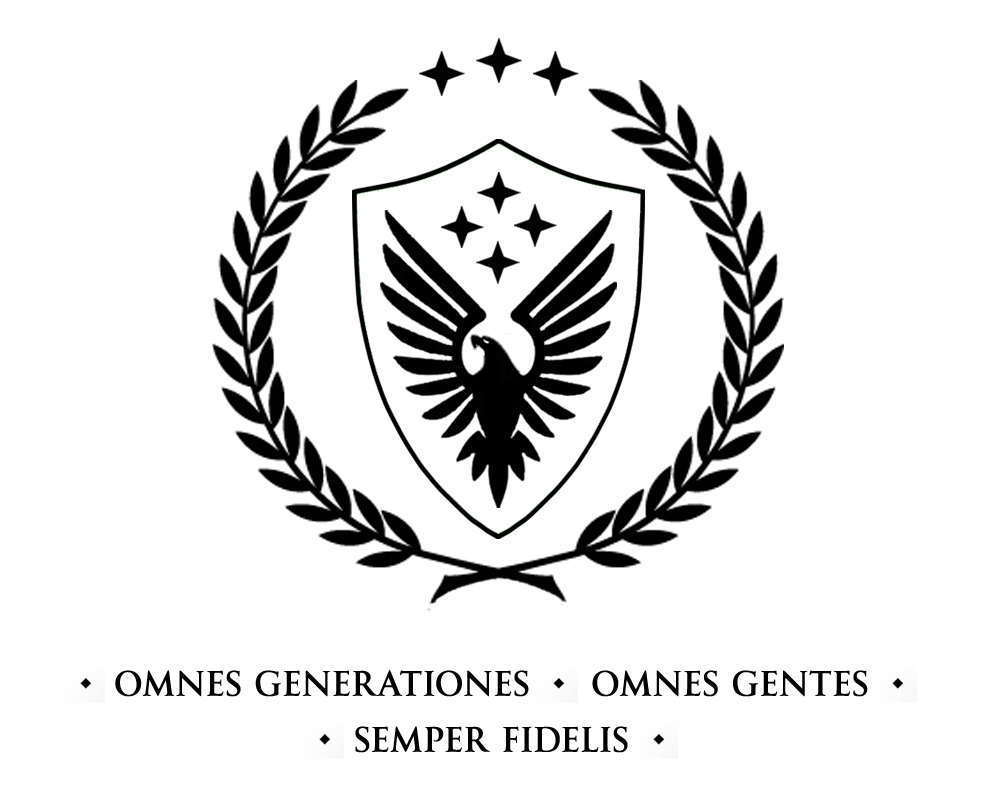 God is a multi-generational God- the God of Abraham, Isaac and Jacob. It is critical that we as the church realize that our youth have historically been the movers and shakers of the faith, but also understand that their energy and zeal must be focused and tempered by the wisdom and experience of the parents and grandparents. We must champion youth while connecting and mentoring them with elders.

Sociologists and authors William Strauss and Neil Howe studied history going back to 1584 and identified a pattern which occurs every four generations. They identified the archetypes in this cycle starting with the Prophet generation, then the Nomad generation, followed by the Hero generation, and finally the Artist generation. These archetypes are identified by the season in their culture in which they are born. The four seasons, or turnings, that Strauss and Howe identified were the High, the Awakening, the Unraveling, and the Crisis.

Prophet generations are born near the end of a Crisis, during a time of rejuvenated community life and consensus around a new societal order. Prophets grow up as the increasingly indulged children of this post-Crisis era, come of age as self-absorbed young crusaders of an Awakening, focus on morals and principles in midlife, and emerge as elders guiding another Crisis.

Prophets are categorized as an idealist and visionary generation and currently are the elders in the church, along with the last generation of Artists. As both sociologically and biblically speaking, elders are critically important in leading and mentoring, the Prophet generation is key in both the local and missions church.

Nomad generations are born during an Awakening, a time of social ideals and spiritual agendas, when young adults are passionately attacking the established institutional order. Nomads grow up as under-protected children during this Awakening, come of age as alienated, post-Awakening adults, become pragmatic midlife leaders during a Crisis, and age into resilient post-Crisis elders.

Nomads are categorized as a reactive and restless generation and are currently the leaders of the church by-and-large. This generation is the bridge between the elders and youth and therefore plays a very important part in both leading and mentoring in both the local and missions church.

Hero generations are born after an Awakening, during an Unraveling, a time of individual pragmatism, self-reliance, and laissez faire. Heroes grow up as increasingly protected post-Awakening children, come of age as team-oriented young optimists during a Crisis, emerge as energetic, overly-confident midlifers, and age into politically powerful elders attacked by another Awakening.

Heroes are categorized as a civic generation, but are viewed by society as entitled and self-absorbed until the crisis hits. At this turning point they undergo a rapid metamorphosis and respond to the crisis. Heroes are currently the young adults in the church and in general, are being overlooked and dismissed. The reality however is that historically, young people have been the true movers and shakers of both the local and missions church. Their role and importance cannot be overstated, especially in the current cycle as this generation of young people are a Hero generation.

Artist generations are born after an Unraveling, during a Crisis, a time when great dangers cut down social and political complexity in favor of public consensus, aggressive institutions, and an ethic of personal sacrifice. Artists grow up overprotected by adults preoccupied with the Crisis, come of age as the socialized and conformist young adults of a post-Crisis world, break out as process-oriented midlife leaders during an Awakening, and age into thoughtful post-Awakening elders.

Artists are categorized as an adaptive generation and is currently the only archetype represented by two separate generations in the church today. The retired Artist generation continues to act as elders in the church while the young Artist generation is currently being trained in Sunday School classrooms. Despite our society's propensity to marginalize the elderly, biblically they are a cornerstone of faith, wisdom and morality in our communities and as such, serve a foundational role in both the local and missions church.

It is equally critical that the church recognize its purpose on earth- to make disciples of all nations. Jesus founded His church amongst the Jewish nation, but left with strict instructions to expand it to all nations- a task which we all too often view as optional rather than the reason for our existence. But discipling the nations is our primary calling and one which must be completed before Christ will return—see Matt 24:14, Mar 13:10 and 2 Pe 3:4-9. These passages make it clear that the church is not waiting for Christ to return, but rather He is waiting on the church. This is why a few verses later Peter tells us how we should live as believers to hasten the Lord’s return (2 Pe 3:11-12).

For the first time in history, the Great Commission can actually be completed. If we rise up and send our young people to the field, every nation, tribe and tongue could hear the good news in this generation- possibly within the next 15-20 years. However, the enemy is doing everything he can to discourage the church and delay Christ’s return and his judgment.

Christ commissioned us to go to all nations (Greek: ethne, meaning people groups) to preach the Gospel, baptize them in His name and disciple them in all that He has commanded. At this point in church history, many nations have already been reached, but there are several areas of the world where the church continues to avoid and therefore these people groups remain unreached even after two millenia of church growth. The general area of the world that is home to the vast majority of the unreached people groups is called The 10/40 Window. This area of the globe consists of North Africa, The Middle East, and Asia, which is home to the world's other major religions: Islam, Hinduism, and Buddhism. But even in this section of the map there are more needy areas than others and therefore we have prioritized the seven most strategic areas of the world where we focus on sending missionaries and resources:

The Seven Spheres of Society

Acts 1:8 explicitly states that we as the church will be His witnesses at home as well as abroad. Unfortunately many have viewed missions as an overseas occupation or career rather than the biblically mandated Christian way of life that it is. Therefore most in the local church have thought of missions as being a special calling or role that only a select few engage in. While it is true that not all Christians are called to be pastors, all are called to be missionaries—the only uncertainties are to which field and to which geographical location. Geography has largely and wrongly defined a missionary in church language, but the reality is that God has called His church to impact and influence our home culture and society as well. There are seven spheres of influence within every society in which we are called to be missionaries in:

Regardless of your geographical location or your occupation, you're called to be a missionary in one or more of these spheres. No one in the body of Christ is exempt from the Great Commission, either in their giving, going, sending or daily interactions with the world.

Once again the world is about to enter a season of crisis and it is in this season where the Hero generation must rise to the challenge. The last Hero generation did nothing less than defeat the Axis powers in WWII, but this time around the stakes are even higher and the cost even greater. The Heroes vision is to rally and equip this generation for the devastating global crisis ahead and send out hundreds of thousands of Heroes into the world to see the greatest spiritual harvest in history. The stage is set and the potential is there, the only question is whether or not the church will respond. Whatever generation you are a part of, you are integral to this movement—whether young or old, you have something invaluable to contribute and a critical role to play. The question is, will you?